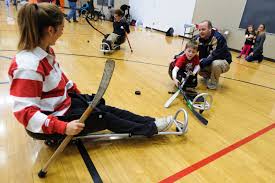 Naturally, going to a new school and being the bottom of the totem pole after just being on top can be intimidating. Being at one of the largest campuses in terms of student body in the world certainly doesn’t help. However, it really doesn’t need to be. First, its important to realize that you’re not going to like everything that you think you did coming in. It’s more than okay to change routes multiple times. My largest advice would be to choose 10 clubs that look interesting and go to a couple meetings at them all knowing that you’re not going to stay in all of them.

Similarly, with classes it’s important to take different topics that interest you. It’s surprising how many interesting career paths exist at UW-Madison that you had no idea were feasible. For example, I was originally Neurobiology and Spanish. I’ve always had a passion for the outdoors, but didn’t ever thing anything would come of it. Then I enrolled in a ‘History of the National Parks’ geoscience course. Now, I’m a Geology and Geophysics major that wants to study glaciers and earthquakes. It’s essential to try as many things as possible and have an open mind about as many of them as possible.