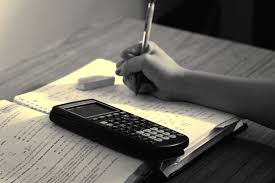 You just got done with your last class on Friday, and after fighting off sleep for the past hour, you have no idea whether the professor just told you to “have a good weekend” or “never have a weak send”. After giving this rather obvious dilemma way too much thought, you decide that it doesn’t matter because they pretty much have the same meaning. Come nightfall, your brain-cells will be in tremendous danger.

You have a test on Monday at 9 AM, and you have no idea what you’re doing. You know that you should stay in and study, but you promised Sarah that you would go out with her tonight for her birthday.

I have a (very) simple solution that will allow you to effectively study AND go out with Sarah.

Study the Material Immediately After Lectures.

Go straight from the lecture to the library. It sounds too simple, but going over the material while it’s fresh in your head allows your brain to solidify the information and store it, rather than having to recall it at a later time.

Not only does this make your studying more effective and thorough, but it drastically reduces the amount of time you need to spend starring at a book. This is because your brain often has incomplete thoughts. There were a lot of other things you thought about unrelated to your class material between the start and end of lecture. Reviewing post-lecture allows your brain to complete those thoughts, so that they’ll be much easier to recall on Monday.