TRUST ME, the single most important thing I’ve done at UW was when I went to Target after weekend one to buy a 30 pack of water.

Quickly, the weekend rush of study parties, coding marathons, and Mountain Dew made me the most dehydrated person on campus. On the second Monday of my time at UW, I woke up disoriented and nauseated.

I thought to myself, “Man! These college academics are no joke. They know how to throw down on some calculus pong!”

So, for these 5 reasons, make sure to bring your 64 oz. water bottle everywhere on campus.

Water is a foolproof way to thrive at UW. 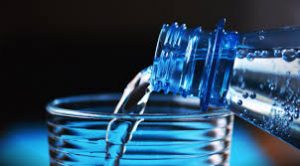