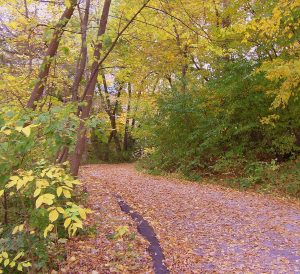 As an incoming freshman, choosing where to live in undoubtedly something on your mind. Well, unless of course you already know beforehand, in which case, congrats! I wish my decision could have been so simple! If you are still unsure and considering living in a dorm, I present to you five reasons why the Aldo Leopold dorm in lakeshore would be a great choice for your first year.

Whereas dorm rooms in general are known for being quite small, Leopold’s rooms are spacious and accommodating with amenities such as carpeting and air conditioning included.

Leopold Hall has several amenities that greatly improve life for its residences. Among these are an on-site computer lab, on-site academic advising, and classrooms in the basement which are great for convenient classes, or studying.

Located only a few minutes away from both Dejope Hall and Carson’s Market, Leopold is in a prime location for dining access in lakeshore.

Compared to other dorms on campus, Leopold is definitely one of the more modern ones. Opening up only a few years ago, it’s also one of the newest and overall more comfortable dorms to live in.

With these reasons in mind, why not consider living in Leopold Hall your first year? I can personally vouch for its value because it’s where I lived my first year, and where I made my closest college friends!